Transshipment in the Mediterranean 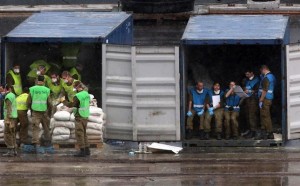 Genoa – Transshipment is re-emerging in the Mediterranean and looks to be a successful model for shipping. The London firm Drewry Maritime Research has stated that most major ports of the sector showed an increase of business in 2013: from Tanger Med (+38%) to Gioia Tauro (+14%); from Piraeus (+15) to Port Said (+9%).

The only exception was the Spanish port of Valencia (-3,2%).According to the operators of this sector, it is not only a resumption of trade, but a centralization of maritime transportation traffic at this type of port, as a consequence of ship gigantism and the big alliances among shipowners.

While container traffic went up 3% worldwide, it went up 6% in the Mediterranean, and total transshipment traffic actually went up 8.2%. There are high expectations for 2014. As Drewry explains, larger ships on the East-West routes and broader alliances will allow the major Mediterranean hubs to outgrow the market, by serving regions outside the Mediterranean with feeder ships.

These words would have seemed unlikely a year ago, when the apparent flop of the Tangiers port, the pride of the Moroccan monarchy, worried the Italian ports of Gioia Tauro, Cagliari and Taranto. The first two now show a growth of 14 and 12%, and only the last one is still suffering with a contraction of 25%

Read here the full article: On the Mos Way